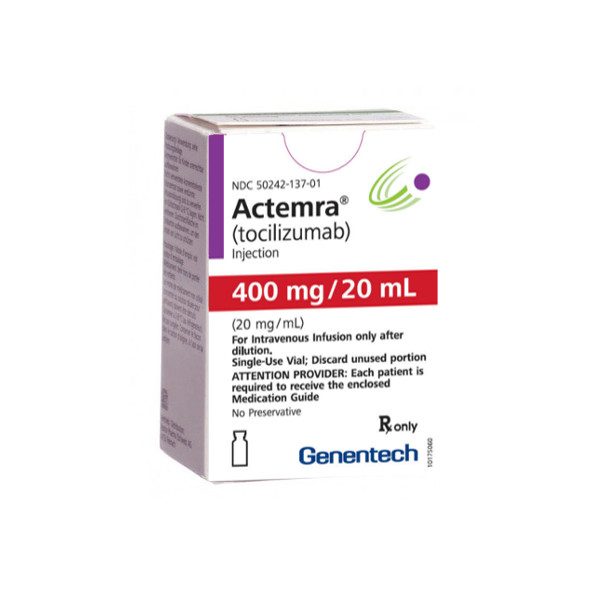 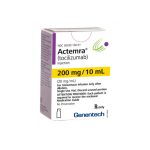 Tocilizumab belongs to a class of drugs known as Interleukin-6 (IL-6) blockers. It works by blocking IL-6, a substance made by the body that causes swelling (inflammation).

ACTEMRA is supplied as a sterile, preservative-free solution for intravenous (IV) infusion at a concentration of 20 mg per mL. ACTEMRA is a colorless to pale yellow liquid, with a pH of about 6.5. Single-use vials are available for intravenous administration containing 80 mg per 4 mL, 200 mg per 10 mL, or 400 mg per 20 Ml of ACTEMRA. Injectable solutions of ACTEMRA are formulated in an aqueous solution containing disodium phosphate dodecahydrate and sodium dihydrogen phosphate dehydrate (as a 15 mmol per L phosphate buffer), polysorbate 80 (0.5 mg per mL), and sucrose (50 mg per mL).